Skip to content
Here’s my story–On June 5, 2018 I went to the ER by ambulance my heart was in atrial
fibrillation and they couldn’t get my heart rate down from 150 for hours. My blood
pressure approached stroke or cerebral hemorage level.
They put me through 5 or 6 different tests and medicated me so much my heart level
dropped dangerously low.
They said my heart was okay structurally, thank God, but the electrical circuit in my
heart was not right. They finally got the blood pressure down and I was discharged.
I had repeat episodes of this almost every night for the next 3 weeks, but they the right
medications kept me  out of the ER. I’ll spare you the rest of the gory details.
My cardiologist wanted me to workout, which was great. Here’s how it went at first:
If I did even a bodyweight squat, the problem started again. Hip extension was out for
the time being. I was able to do some light Mace Fit at very low reps.

I also eventually added some suspension training.
Holding my breath on a lift was out.  I had done that type of breathing on heavy lifts for
years  I had to change my breathing pattern while lifting. I found that fast lifts, like the
snatch or clean and jerk could also trigger the problem, so they were out for the time
being.
However, I could safely do Mace Fit due to it’s rhythmic breathing patterns.

Everything went well until Dec. 21 and it was another trip to the ER for the same thing.
From then until now I have been blessed to stay out of the ER, though there have been several 911 calls.
Those times the EMT’s got things under control. After the 2nd ER trip, I had to start over
again, but I wasn’t quite as weak as the first time. I have been training 3 or 4 days a week
with  my adapted format since then. The only time I had a problem in recent months was
when I was feeling really good and pushed it too hard one day, and I was in trouble
again.
The thing that I have to watch now is the problem used to occur right away, but
now nothing seems out of the ordinary until 6 to 8 hours later. I am very blessed to still
be alive and able to train at all. I am at peace with God if something goes seriously wrong
again. 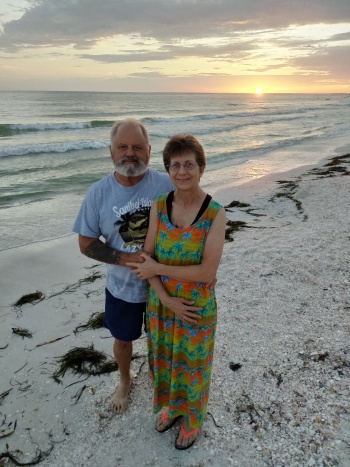 I am the owner of the Cave, a strength-based, veteran-owned, unconventional coaching facility. Our training is old school style, and it gets results! View more posts

This site uses Akismet to reduce spam. Learn how your comment data is processed.